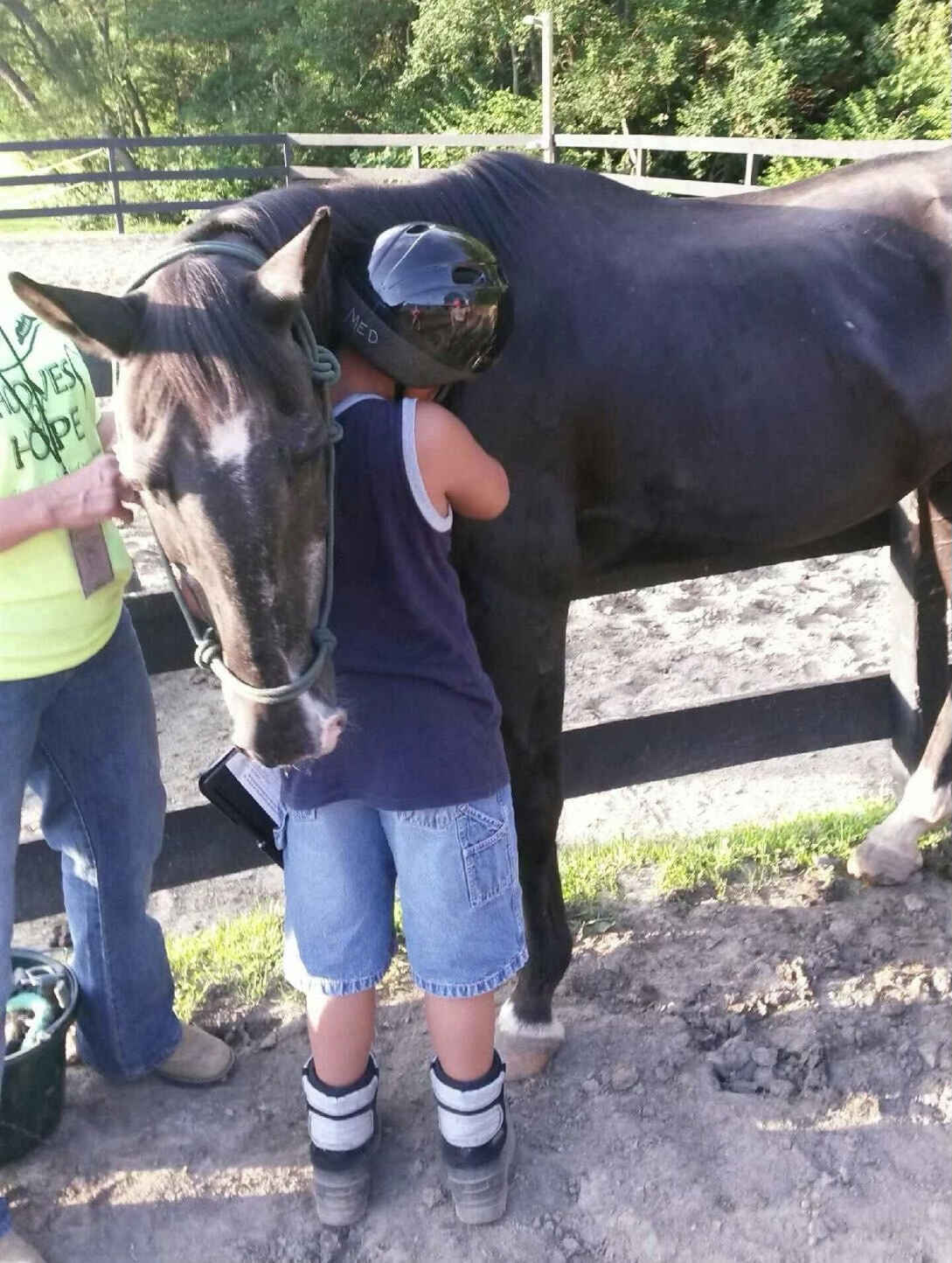 Invest in our future!

Our sweet Charlie came into our lives when we weren’t looking to add to our heard. We receive many calls from individuals who want to donate their horses to our farm, but Charlie’s owner never got to speak to us personally due to someone else claiming to be Hooves of Hope.

Charlie and his buddy were loaded onto a horse trailer with their owner knowing that they would be well taken care of coming to our farm. Unfortunately, we didn’t know about this unfolding until Charlie’s previous owner followed up on social media to see how Charlie and his buddy were doing.
Through a long sequence of events and legal interactions, we began to pursue this horse, Charlie, to bring him to our ranch. When we finally arrived to pick him up, Charlie, a full-size horse weighed only 650 pounds. You could see every bone on Charlie and we were not sure if he would make it. We quickly discovered that Charlie's buddy, who was also be donated to us, did not make it. Our hearts broke as we saw the condition of Charlie, but we also saw there was still a light in Charlie's eyes. He was not giving up. He held on to the hope that something was going to change for him.
We were concerned Charlie would not have the strength to get in the horse trailer for the trip, but somehow, the emaciated Charlie jumped in the trailer without a bit of hesitation. It was like Charlie knew his story was about to be redeemed and he was going to be able to share hope with others.

After months of working with the vet and farrier, Charlie was finally at an appropriate weight, his black coat was shiny and Charlie was happy and healthy! He was cleared to be a part of our program. We just did not know what was going to happen when Charlie met a new friend.

Our Hooves of Hope program is a free, four-week program where children learn basic horsemanship skills such as how to take care of horses from feeding, brushing, saddling, riding, and cleaning stalls. We teach a virtue and a scripture from the Bible, do a craft and play games. At the end of the four-week session parents are welcome to watch what their child had accomplished while being at the ranch.
On the last evening of one particular session, Charlie’s nine-year-old child, was still too afraid to get on him. We worked with this young timid student and he eventually decided he would sit on Charlie long enough to take a picture. After the quick round of pictures to capture this moment, the young boy got down off Charlie. We asked the young child to thank Charlie for letting him ride. What took place next stopped all of us as we watched this unfold. The young kid began to thank Charlie by scratching his shoulder and Charlie took his head and placed it on his back and then pulled him into his chest and simply held him there. A hug, Charlie was giving this timid rider a horse hug as if he was saying "Thank you" to this rider.
When Charlie released our little buddy the joy on his face was something that will be etched in our hearts. The child proceeded to yell, “He loves me! He loves me, He loves me!” Through tears we all agreed, Charlie does love you.
Not only was our little buddy’s heart changed that day, ours was as well. It was at that moment when I stopped and thanked our Heavenly Father for making the miracle for Charlie to come into our lives to leave lasting hoof-prints on the lives of countless students here at the ranch. During his time at the ranch, Charlie hugged a lot of other children in his lifetime and changed many lives with his big heart.

When we think of the power of connection, of love and hope, we smile. We know that a lot can happen through the power of a horse hug. The generous giving from our donors allows those transformative hugs to take place on a weekly basis and for that we are eternally grateful.